Actor and footballer Vinnie Jones says he has had several lumps removed after being diagnosed with skin cancer.

The 48-year-old first noticed a small blemish below his eye in February, thinking it was “a blackhead or a wart”.

A check-up revealed it was malignant melanoma, the most serious type of skin cancer, which kills 1,300 men and 900 women every year in the UK. Doctors have since found more tumours, but Jones told The Sun he would fight it with “everything I’ve got”. 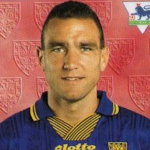 “When the doctor said I had skin cancer, the first thing I thought was ‘how long have I got?'” he told the newspaper. “It’s weighing very heavily on me all the time,” he said.

Malignant melanoma death rates have been increasing in the western world since the early 1970s, but the disease is largely preventable by avoiding strong sunlight and using high-factor sun creams.

Treatment is more likely to be successful if the melanoma is spotted early. This is where a service like iDoc24 can be beneficial, providing an early warning system for skin cancer. 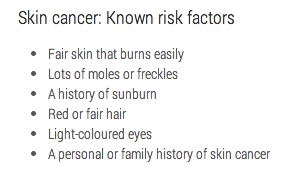 Jones said that, subsequent to the removal of the tumour under his eye, doctors had found more cancer in the same area and, two months ago, he had a third operation to remove a tumour from the back of his head. He blamed his outdoor lifestyle for the cancer, noting that after growing up on the football pitch, he had moved to Los Angeles to pursue a film career.

“If you spot something on your skin that doesn’t feel right… get it checked out immediately.”Jones also revealed his wife Tanya had been fighting skin cancer, a result of drugs she had been taking since having a heart transplant 26 years ago.

The star, who has appeared in films including X-Men: The Last Stand and Lock, Stock and Two Smoking Barrels, was previously captain of the Welsh Football Team and played for Wimbledon, Chelsea and QPR, among others.

Hugh Jackman reveals had cancerous tissue removed this week, days after being treated for skin cancer.

The Wolverine star posted a photograph on his Instagram account, with a bandage on his nose following the removal of a basal cell carcinoma just a few days before.

He wrote: “Please don’t be foolish like me. Get yourself checked.”